Our annual trip up to Barnegat Light in search of Harlequin Ducks was well attended by both participants and leaders and we had a fabulous day. The weather was perhaps the best it had ever been for this trip and, while this probably contributed to the larger than usual number of people fishing on the jetty and keeping the birds away from their food source, we nevertheless had a fabulous day.
Ducks were present in lower numbers than usual but again, the good weather was perhaps a factor in this and a more prolonged peirod of cold weather is probably needed to push numbers up. Despite this, there was plenty to enjoy with some 300 Common Eider on the open sea south of the jetty, small numbers of all three scoter species and even a female Bufflehead thrown in for good measure. Careful scanning through the flock eventually provided us with good views of a very smart female King Eider and, among it all, around 25 Harlequin Ducks were busy diving and feeding. Mission accomplished!

Also on the beach, a flock of about 60 Snow Buntings was seen and three Horned Larks flew over. Bonaparte's Gulls were plentiful in the inlet and Dunlin, Purple Sandpipers and Sanderling were on the jetty. After lunch we checked out Barnegat Bay and found plenty of Common and Red-throated Loons, Red-breasted Mergansers and a huge raft of Buffleheads. We finished at Manahawkin, where we found two adult Bald Eagles, five Northern Harriers, a Belted Kingfisher and at least six Great Blue Herons - the latter another sign that the weather hasn't really turned cold yet. 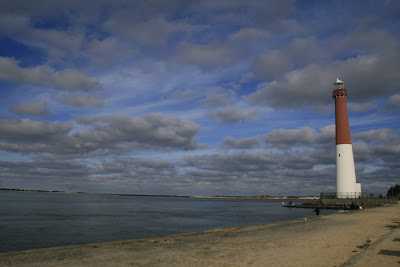 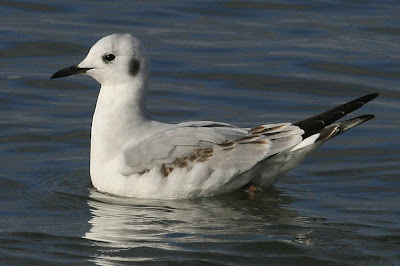 Bonaparte's Gulls are real gems when seen close up. Three hundred or more were feeding in and around Barnegat Inlet. [Photo by Mike Crewe] 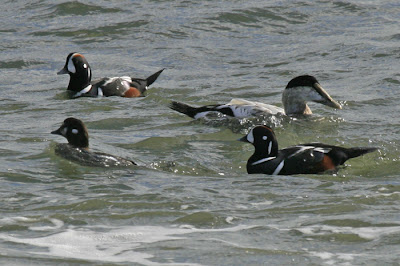 A female and two male Harlequin Ducks dive through the surf, along with a third-winter male Common Eider. [Photo by Mike Crewe] 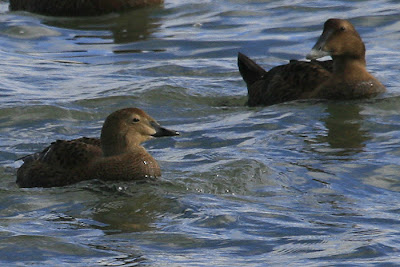 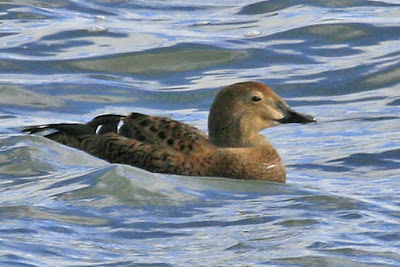 This picture is cropped heavily so it's not so sharp, but notice the black, strongly angled chevron marks on the flank feathers. In this area, Common Eider females have more shallowly-curved arcs. [Photo by Mike Crewe]
Posted by Mike Crewe at 6:32 PM

If you enjoy reading this blog, please support it by becoming a CMBO member. Click here to join online today! 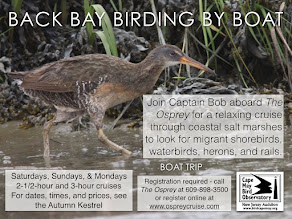 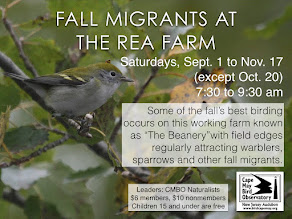 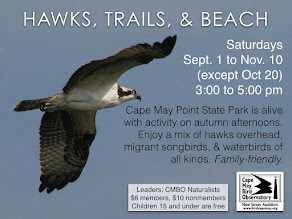 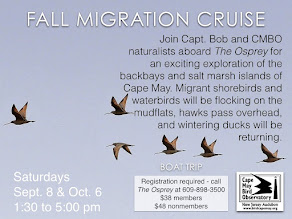 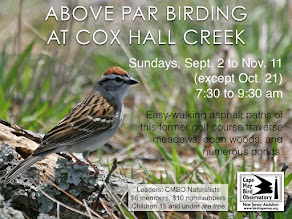 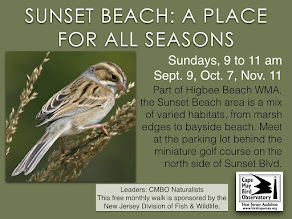 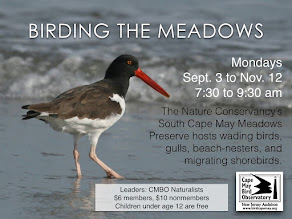 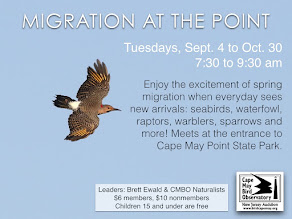 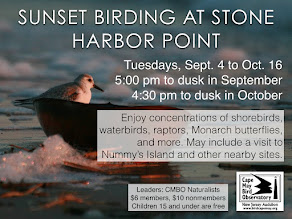 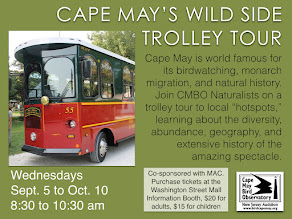 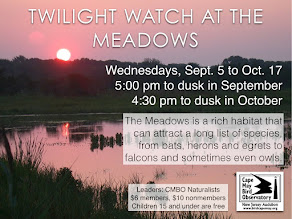 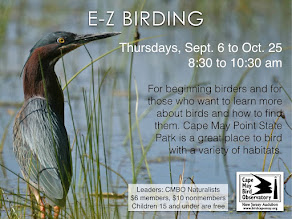 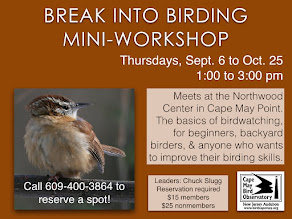 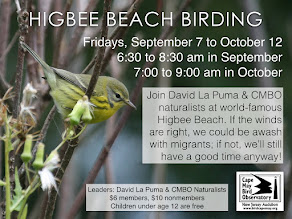 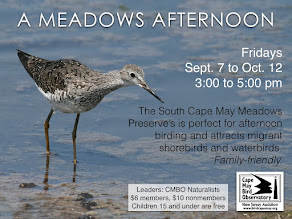